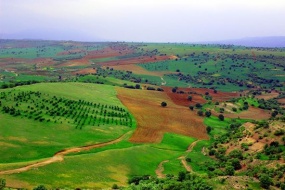 Duhok governorate lies in the far north-west of Iraq and forms the western governorate in Iraqi Kurdistan Region. It has a strategic location since it is considered to be a point of joint among three parts of Kurdistan (Syria- Turkey- Iraq).

Duhok governorate is considered to be one of the most significant and important governorates especially in historical and geographical sides. The remains and carves found in its hills and caves show its significance in addition to its special geographical location which situates on the boundary of two states, beside there is a strategic international road passing across Duhok city which connects Iraqi Kurdistan with Turkey and the external wide world, and also there is a passing petrol tube which passes from Kirkuk to Turkey in its northern-western angle.

Duhok governorate is known by its various topography consisting of very high, rough and complex mountains which form the political border with the republic of Turkey beside the extended plains enriched with agricultural resources which form the southern area of the governorates and its area is about (1075). And because of non-existence of accurate records at the present time therefore the Directorate of Counting and Registration depended on the old records and added the reliable rate of increasing in the population to them. The governorate is divided managerially into the following territories: 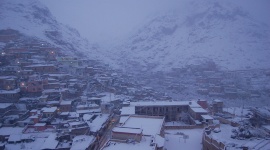